Unlike the modern “Club DJ,” the 15 year-old Mike was hidden away in a room at a small town Ohio YMCA where he played 45 rpm records on a single turntable and used a crude crystal microphone to announce them for dances, then called “record hops.” Beginning in 1960 he was a DJ and news reporter over WOUB and WATH in Athens, Ohio. AM. Between 1963 and 1973 Mike played the hits over classic AM top-40 station, “The New WCOL” in Columbus. This made him want to go to graduate school!

Mike has been the WCOL historian and that collection can be found by clicking here. Mike is now a retired university professor living in the Silicon Valley.

Thanks to Bruce Ramsey for sending these air checks of the legendary Dr. Bop. The good doctor was on WCOL in the late 1950s, playing R and B music late at night. Here are two files: Dr Bop 1 | Dr Bop 2

Below, the late Dan Morris was WCOL DJ, Program Director and General Manager.

Waiting Patiently for the Wrecking Ball 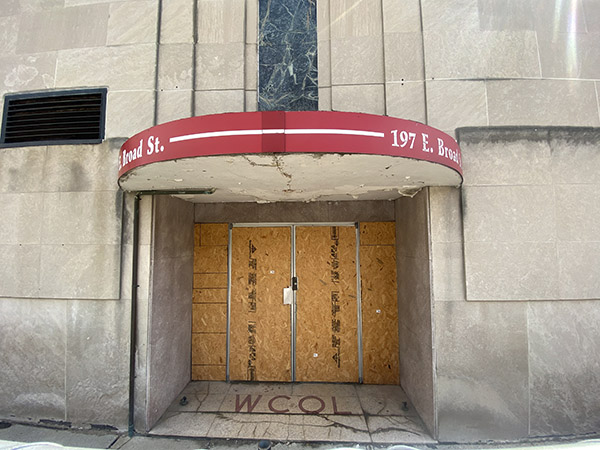 Constructed in the 1940s, the WCOL Building has been home to many radio announcers as they were first known, then the DJs and news reporters of the glory years, the 1960s and 70s, AM, FM, Rock, Country and finally obscurity by the 1980s. This building soon-to-be replaced, is located at Broad St and Young Alley, just two blocks from the State Capitol. These photos were taken by two previous air personalities, “Sherriff” Rick Minerd and his son Kevin. Click here for the story of the replacement. 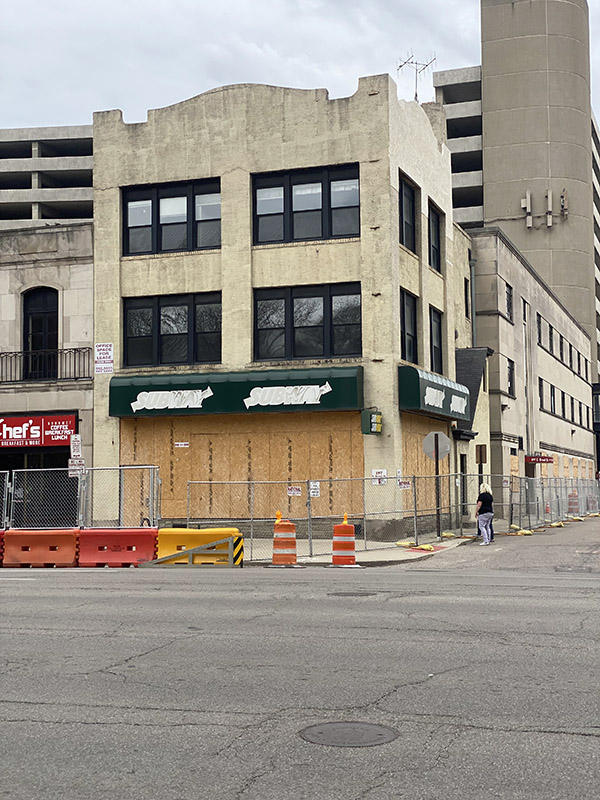 Thanks to Bill Blinn who took these excellent photos of Larry Clark, on the air in the 1960s: Below, the Rebounds as photographed by Bill Rosser. Hear their hit on YouTube